Our Western Cape branch started their journey with Usiko (see previous blog post) by working with a group of young children from the Weber Gedenk Primary School Aftercare Programme. These 9 to 13-year old boys and girls come from the rough neighbourhood of Jamestown and its surrounds, just outside of Stellenbosch. Many of them have grown up in a farming community and our aim was to establish and nurture real enthusiasm and curiosity about the big and smaller things among these children.

A few factors differentiate us from the Gauteng Team:

It is a sad reality that many of these kids don’t know what the sea is like, despite living a mere 20-minute drive away from the coast. Understandably, we had to adapt our curriculum to suit our environment and so our first set of lessons kicked off.

After only two lessons, we received major support from the school, and they have decided to donate a piece of land on the school grounds to the ‘LiC children’ to be utilised and developed into a garden. Later, this project is to become a major focal point in the development of the after-care program and the feeding scheme that Usiko facilitates, so you will definitely hear more about this in the future.

As we got to know the community better, we immediately identified one of their biggest concerns – snakes. Hence, we decided to host a day based around snake education. Gerrie Heyns from ‘Snake lives Matter’ and Willem van Zyl from ‘Blouberg Snake Rescue’ were very kind in donating us their time to come and speak to the kids about the importance of snakes, what to do when you encounter a snake and gave us the opportunity to observe the natural behaviour of snakes and debunk some local community myths. Thank you very much for your contribution and effort Gerrie and Willem! It was certainly a day of change for many, as the mindset switch was self-evident – from running for dear life at the start of the session to actively seeking more and more knowledge as the day progressed.

“The difference between beauty and fear is knowledge.”

We completed a set of six lessons with this group and established a great relationship with them. We look forward to being back in a few weeks’ time in order to continue our journey together when we take this group of children on their first ever marine excursion onto the open ocean and support them with the LiC garden.

“Our children come from very difficult circumstances and today our young people no longer dream. These lessons just opened their eyes again and made them aware of the things that are out there. For me as the facilitator it was also very good to sit in and I have benefited greatly from these lessons myself. The children learned a lot about nature as well as how to take better care of it. These lessons were a first for our learners…”

– feedback from Melisa, the aftercare facilitator 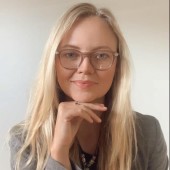 An Outstanding Quarter at OP Primary